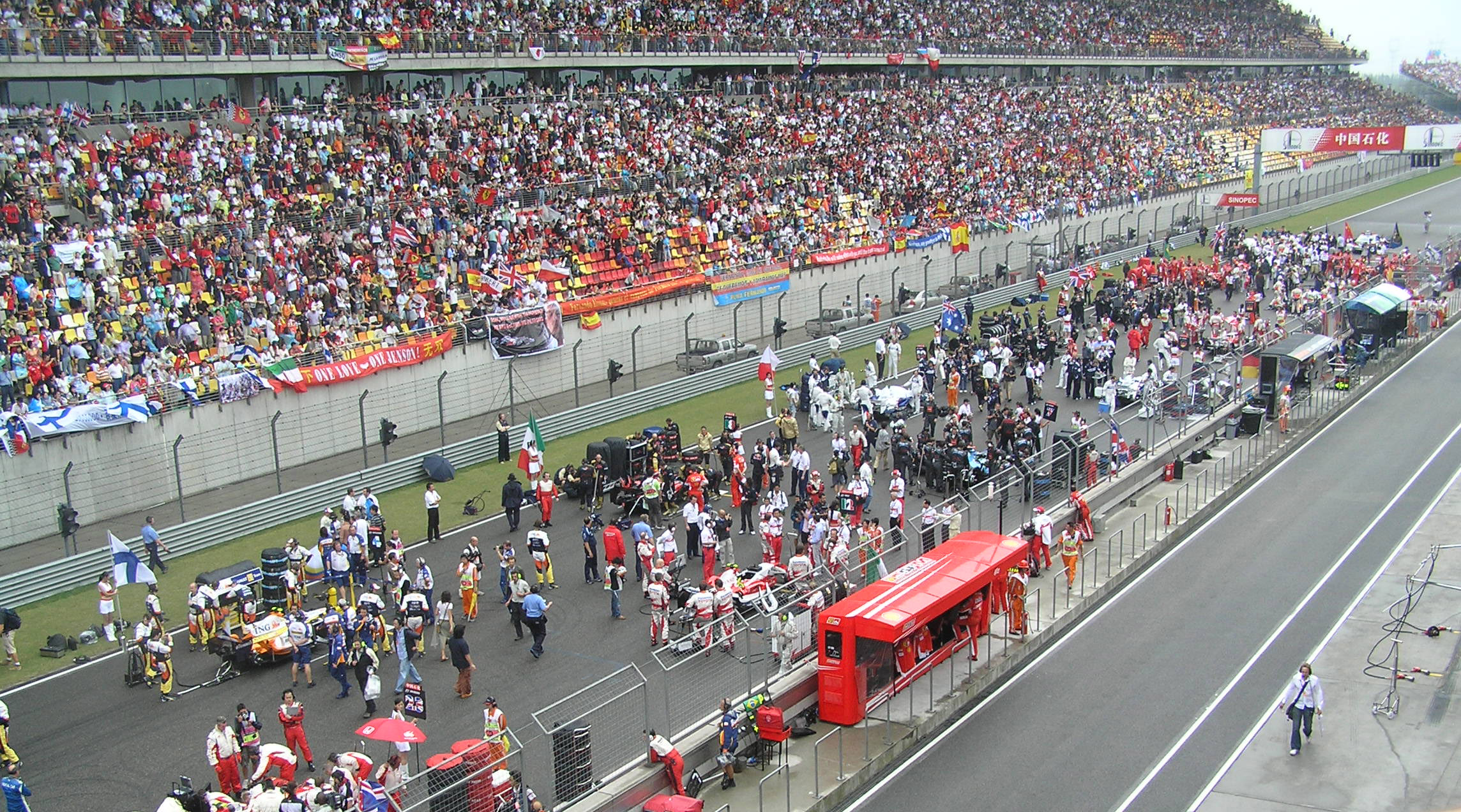 The Shanghai International Circuit has hosted some spectacular battles in its history. One of the most memorable was undoubtedly the 2007 Chinese Grand Prix, in which rookie Lewis Hamilton’s hopes of a first World Championship hopes were dealt a devastating blow.

McLaren-Mercedes came to China with first and second place in the Drivers’ Championship in their control. Lewis Hamilton was leading teammate Fernando Alonso by 12 points (remember the old 10-points system), with Ferrari’s Kimi Räikkönen (still mathematically in it) 17 points behind Hamilton with only China and Brazil left to race. Beating Alonso and finishing higher than sixth place would have secured Hamilton the championship, so everything was within his grasp.

On Sunday, the proximity of typhoon Krosa lead all 11 teams to opt for wet or, in the case of the Spyker team, extreme wet tyres. Hamilton had claimed pole ahead of Räikkönen with Alonso back in fourth – Ferrari’s Felipe Massa had bypassed the Spaniard to take third place on the starting grid. There was light rain at the start of the race, but nobody had a clear idea of whether this would continue.

There was little drama at the start except for Fernando Alonso and Felipe Massa brushing wheels into turn two. Hamilton and Räikkönen managed to leave the rest of the grid and by lap 10, Hamilton had opened a nine-second gap to the Finn. The track had been drying since the start, and the main driving line was becoming more suitable for dry tyres than the wet ones everyone had started with.

Rather than coming in to change their tyres, drivers across the field were instructed to hold their ground and preserve their wet tyres by driving off the regular line. While the rain had halted, according to the teams’ forecasts, more was to come. As refueling was still a thing in the 2007 season, Hamilton came in the pits on lap 14 but kept his old tyres. Räikkönen did the same four laps later; however, the Finn had managed to cut Hamilton’s lead in half.

Inconveniently for the team strategists at McLaren and Ferrari, the rain returned around lap 24. Neither group wanted to give up time by pitting for a new set of wet tyres as the rain was projected to end towards the latter third of the race. On the other hand, the dry spells between rainfalls had eaten into the lifespan of the rubber.

Slowly but surely, Räikkönen closed the gap to his championship rival. With his tyres in substantially better condition, he forced Hamilton to defend and go wide, opening the door to pass and take the lead.

Drama at the Pit Entry

A second-place finish would have been enough for Hamilton to be crowned world champion in China, but as McLaren called their young prospect in to change his tyres, disaster struck. Hamilton’s tyres had already begun delaminating a few laps prior and with his wheels now almost down to the canvas, he was unable to navigate the hard-right turn at the entry to pit lane.

The Briton ran wide into the gravel trap, beaching the unlucky McLaren. It was Hamilton’s first retirement of his Formula 1 career and came at the most crucial moment. Räikkönen, Alonso and Massa all came in for fresh sets of dry tyres, and while Robert Kubica managed to take a surprise lead in his BMW, his retirement normalised the podium composition.

Kimi Räikkönen took the win with Fernando Alonso in second place as both boosted their chances of challenging Hamilton for the title in the final race. The Brit went to Brazil as and with destiny still in his own hands, but his blunder in China eventually cost him his first world championship.

The circumstances and consequences of those extraordinary events make the 2007 Chinese Grand Prix one of the modern classics of Formula 1.