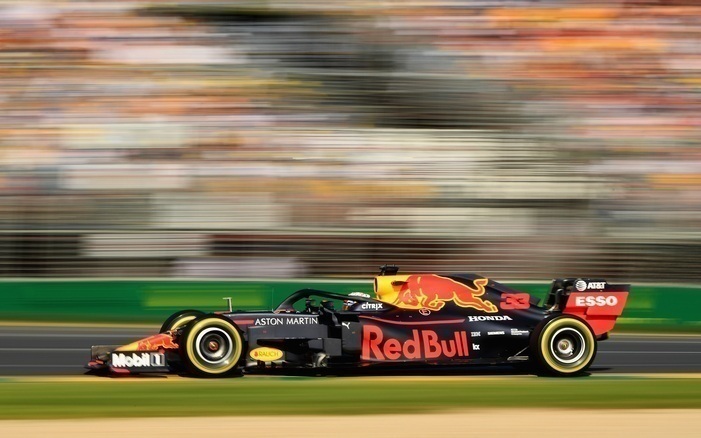 After a good start by Max Verstappen in Melbourne, the Aston Martin Red Bull Racing Team is now focusing on the 2019 Bahrain Grand Prix.

Max Verstappen got the Honda era off to the perfect start in Melbourne, surpassing Sebastian Vettel to finish 3rd. But new driver Pierre Gasly struggled in his team debut, finishing in 12th position and scoring zero points. After the Melbourne Grand Prix, the Red Bull team is in 3rd position in the Constructors Championship, trailing Mercedes and Ferrari.

As attention turns to Round 2 of the season in Bahrain, Red Bull Racing is hoping to end the streak of misfortune they have been experiencing in Bahrain, with a run of poor results dating back to 2014.

In 2018 Red Bull Racing failed to secure any points as both drivers Verstappen and Ricciardo couldn’t finish the race. Besides that, in 2018 Pierre Gasly was in good touch, finishing the race in 4th position for Scuderia Toro Rosso.

Bahrain International Circuit is one of the toughest circuits for constructors and cars. Here, Red Bull Racing has to focus on engine performance. As there will be extreme heat, the engines have to cope with this heat. With the heat of Bahrain, tire degradation also comes into play, with drivers needing to protect tires. The racing track will be little dusty as it is a desert. There are decent amounts of overtaking points; the Red Bull drivers have to take advantages of those. The team may look for two stops strategy to have the best output.

“I enjoy the track and the transition from day to night is a challenge in terms of car balance, so that always makes it an interesting weekend. You never really know where you stand when you start qualifying because you haven’t had the optimal preparation as the track conditions aren’t the same during practice. The middle sector, which is quite technical, is the best part of the Bahrain circuit and I hope it’s good for racing again this year. Starting the season with a podium in Australia is really positive but Melbourne is not a typical circuit, so we can’t get carried away, and I don’t think we will really know where we stand until after China.”

“Bahrain is one of my favorite races. I achieved my best result in Formula One there last year with fourth place, so for me Bahrain brings back a lot of emotion and it has a real positive energy. Not only that, but I also had my best qualifying there with sixth, and I started the race from fifth so I have good memories. Naturally, you relate places with the emotions you’ve experienced there so Bahrain sits top of my list as one of the best. I’m really looking forward to going back, this time with Aston Martin Red Bull Racing, and especially after a tricky weekend in Melbourne last time out. We’ve seen our car is competitive and I like the track in Bahrain so I can’t wait to jump back in the car and get to work.”