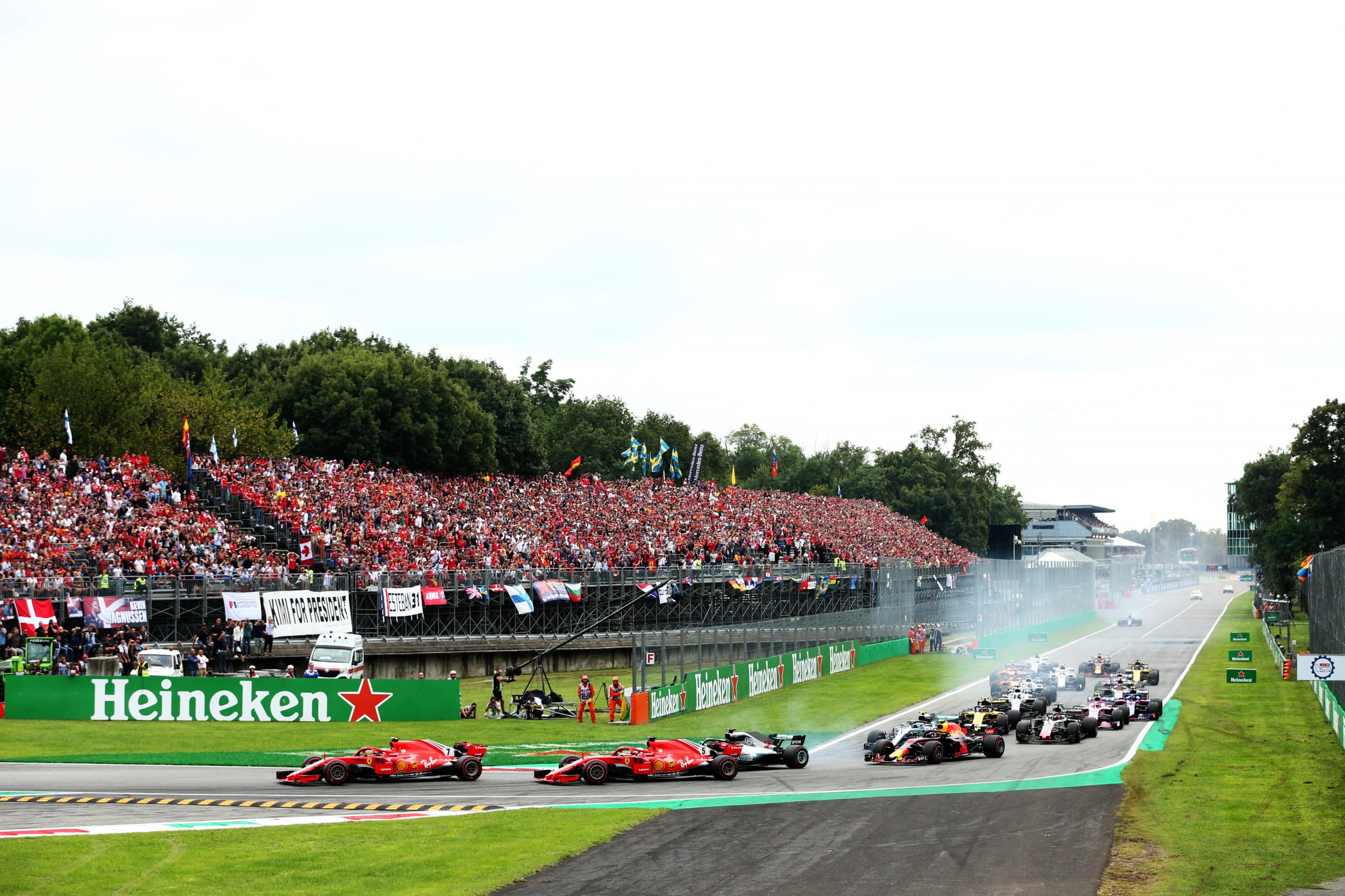 Formula 1 has today announced that the Formula 1 Italian Grand Prix will continue to be held in Monza until at least the end of 2024. The agreement between Formula 1 and the Automobile Club d’Italia (ACI) was announced this evening during a public event held in Milan to celebrate the 90th edition of the Italian Grand Prix and, at the same time, the 90th anniversary of Scuderia Ferrari.

The Italian Grand Prix has been on the Formula 1 calendar since 1950, the year the World Championship was established and the race has been held at Monza every year, with the exception of the 1980 race, which was run at Imola. The Autodromo has hosted 68 Formula 1 World Championship™ races, more than any other circuit and, on twelve occasions the Drivers’ title has been decided there. The last occasion this happened was in 1979, when Jody Scheckter secured the world championship crown. The South African will actually be in Monza this weekend at the 2019 Italian Grand Prix, driving the Ferrari 312 T4 with which he won the race and the title, forty years ago on 9 September.

The Autodromo di Monza is known as the temple of speed and the statistics are there to prove it. The highest average race speed was established here in 2003, when Michael Schumacher won at an average of 247.585 km/h, while last year, Kimi Raikkonen set the highest ever qualifying record at an average of 263.587 km/h. Monza is not just home to the circuit that hosts one of the classic Formula 1 events, it is also a city that offers top class tourism and artistic attractions. Furthermore, it is just a short distance from Italy’s most vibrant and dynamic city, Milan.

“We are really pleased to have reached an agreement with the ACI which ensures the Italian Grand Prix will remain on the FIA Formula 1 World Championship calendar until at least 2024. This is one of four Grands Prix that were part of the 1950 championship and still features in the calendar and along with the British Grand Prix, it is the only one to have been held every year since then. History, speed and passion are words that motorsport fans associate with Monza. The feeling one gets at this Grand Prix is truly unique, as is the circuit’s distinctive podium. I would like to thank the ACI, especially its President, Angelo Sticchi Damiani for its efforts and this five year deal means that another part of the jigsaw for the Formula 1 of the future, is now in place. The championship features many historic venues such as Monza and also new countries in which the already vast fan-base of our sport can grow. For now, we can look forward to what is bound to be another great race this weekend, as we prepare for the 2019 Italian Grand Prix and in the years to come.”

“It is just like winning a Formula 1 Grand Prix, a very hard and important one, fought to the finish line – which counts as not one but five titles! It’s with great satisfaction that I welcome the conclusion of the agreement between ACI and Formula 1, which guarantees the inclusion, for the next five years, of the Italian Grand Prix in the calendar of the Formula 1 World Championship, and ensures that the event will take place in the ‘Temple of speed ‘: the Monza Eni Circuit, not only the oldest but also the fastest and most spectacular circuit of the whole motorsport. A great outcome for ACI, for Monza, for the Lombardy Region and Italian sport in general, which opens up a five-year perspective to build a future that matches the legendary past that has made Monza a world capital of motorsport. It was a challenging journey to get to this outcome and is one of those race victories that makes us forget every risk, every effort, and leaves inside a great joy and an uncontrollable desire to celebrate.”