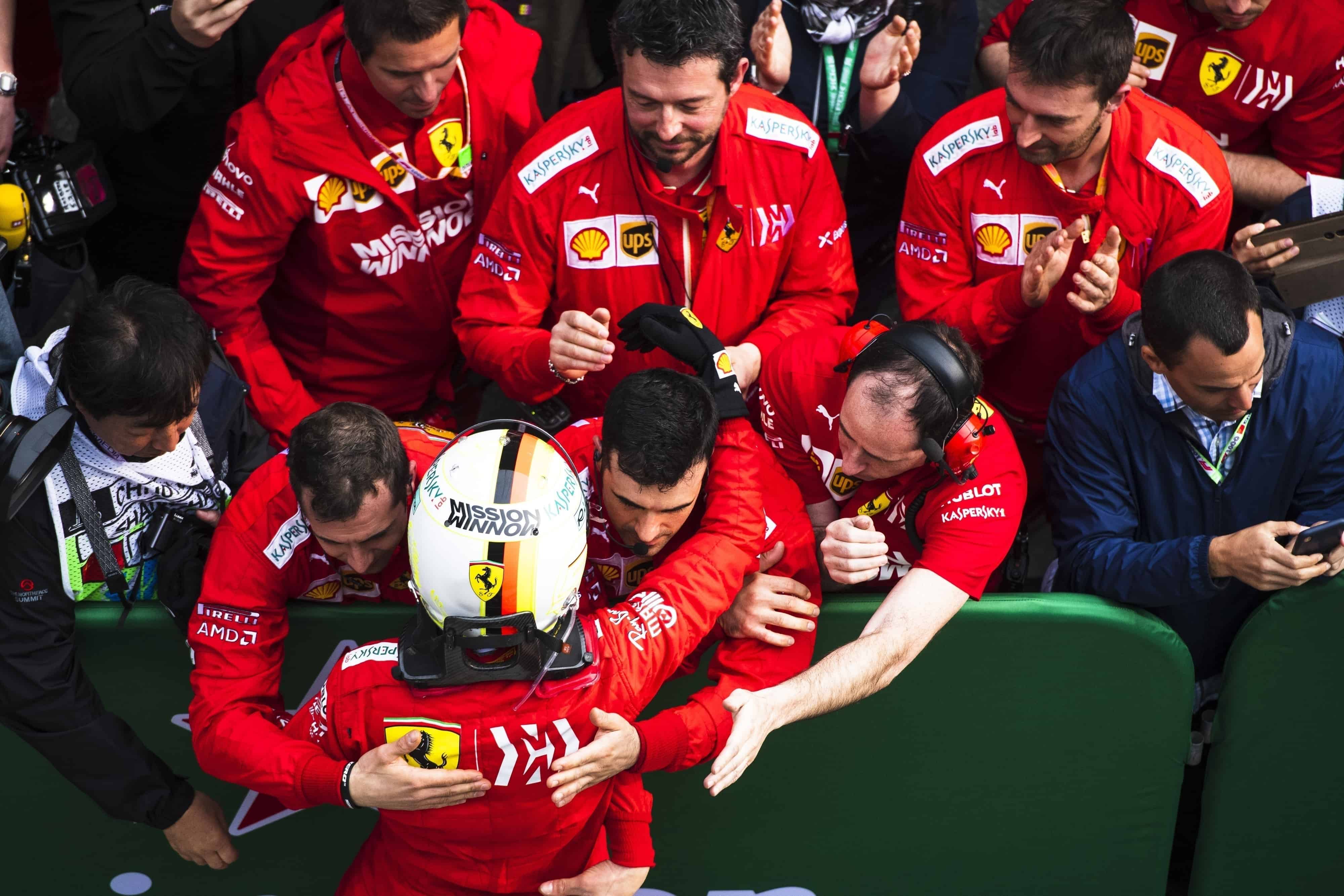 Sebastian Vettel finished third and Charles Leclerc was fifth for Scuderia Ferrari Mission Winnow in the Chinese Grand Prix, the one-thousandth race in the history of Formula 1.

The race, held at the Shanghai International Circuit, was won by Lewis Hamilton, with Valtteri Bottas second, while Sebastian finished on the podium for the first time this season. Charles and Sebastian swapped places on lap 10 and the Monegasque driver was then caught out by Red Bull’s strategy, that allowed Max Verstappen to take fourth place. In the closing stages, the Monegasque driver managed to significantly close the gap to his rival, but not close enough to mount an attack. The next round takes place in a fortnight’s time in Azerbaijan.

“We are happy we got the podium, but overall we can’t be satisfied because we were too slow today. We were hoping to be in a much better place and be a match for Mercedes, but we were not. Also it was a shame we didn’t manage to finish third and fourth, In terms of calls from our pit wall today, the priority always lies within the team and Charles and I are both aware we are driving for the team. We can do our own race but first of all we have to ensure Ferrari is in a position to fight with its rivals. I think we have a good car and we are still not able to unlock its potential completely. We are learning a lot about it and it’s important to do many laps to get a better feeling for it. We are getting an ever clearer picture of what we are lacking at the moment, so I think the next few weeks will be important for us, so that we can get on the right road for the coming months”.

“Today’s race wasn’t one of my easiest, since it looks like we didn’t have a good enough pace to fight at the front with our competitors. My start was good, then I think both Seb and myself were struggling with the tyres. We swapped positions and I thought he would have pulled away but he didn’t and this didn’t help my tyres because I had a bit of overheating and I lost some time. On my second set of tyres I hoped I’d be able to go all the way to the end, but unfortunately had to stop again and so lost a place. We will sit down all together in order to understand what could have been done better and I’m sure we will come back stronger at the next race”.