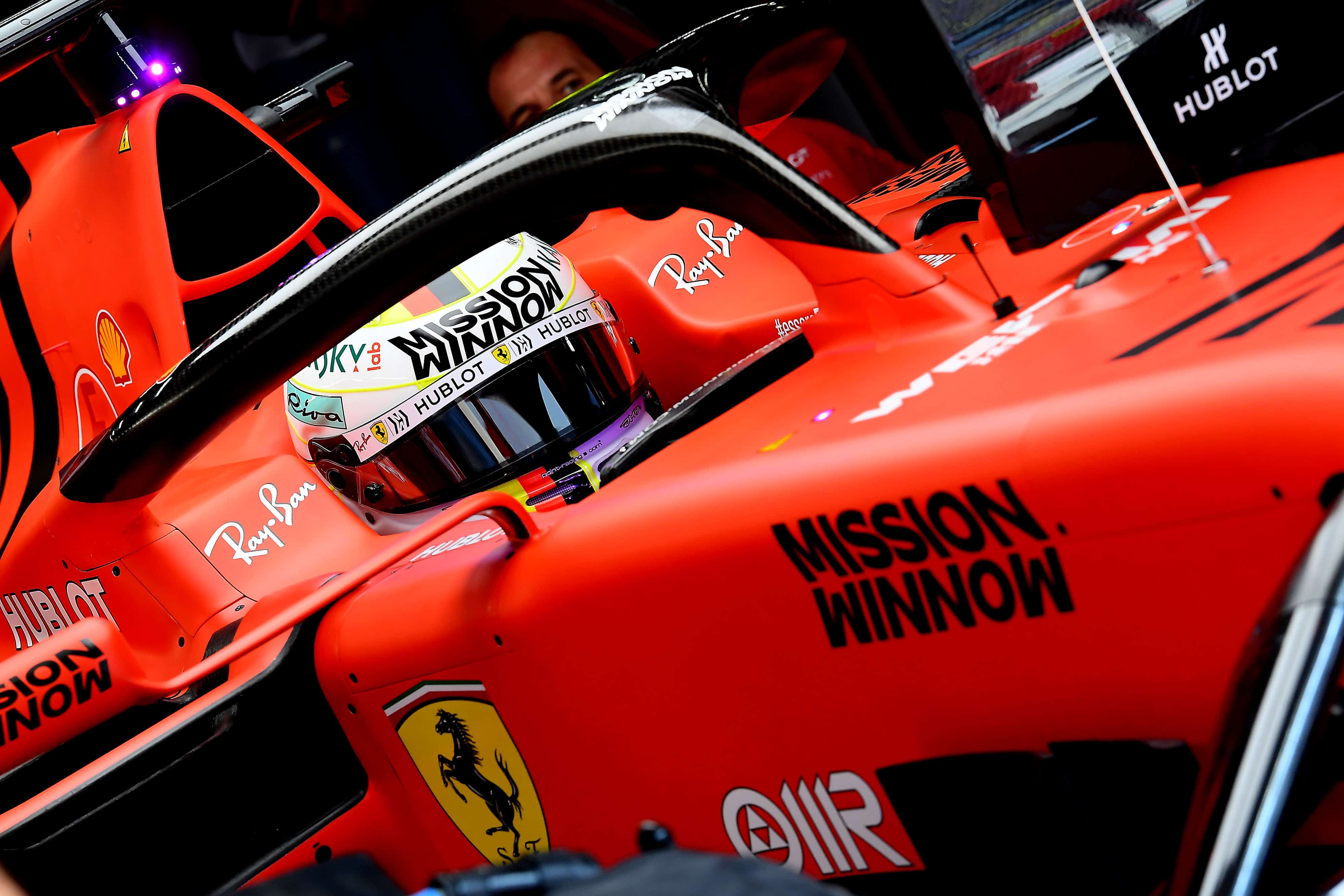 Q1. The pair of Scuderia Ferrari Mission Winnow SF90s took to the track on Soft tyres. Sebastian did a 1’33”557, while Charles was slowed by no fewer than four cars in the final sector and could do no better than 1’34”069. That meant the Monegasque driver had to fit another set of new tyres to comfortably make the cut with a 1’32”712.

Sebastian Vettel #5
“We could have done a bit better today but probably not enough to really beat our rivals for pole. It could have been worse, but I am not entirely happy. We started off well, but then our competitors had more pace over the single lap in terms of pure performance. We should have a good car tomorrow though and hopefully we can show it throughout the whole 56 laps. It’s a long race and I expect it to be a very tight one too. Making the right strategy choices will be important; we must make the right call at the right time and see where that takes us. I am not sure everyone understands how many variables have to be taken into account. The top drivers are all starting on Medium tyres and we will see if that turns out to be the right choice. I believe anything can happen.”

Charles Leclerc #16
“I am annoyed with myself today. I made a mistake on the last lap and I really shouldn’t have done that. Overall, I think there are some positives, because in all three practice sessions I was struggling quite a lot with the setup, the confidence in the car and the driving. But then, before qualifying we introduced some changes, which meant I could drive better and set the lap times we were expecting.  It was good but it is also disappointing not to extract all the potential from the car today. We knew our rivals would be competitive as they have been since the first session. The race tomorrow is going to be a bit more complicated than expected, as I haven’t done any long runs yesterday nor this morning because of the red flag so, I will be a bit in the dark. It will be tough but I’ll push as much as possible and we can expect our opponents to be very strong.”

Mattia Binotto Team Principal
“Qualifying wasn’t perfect for us today and in a championship as closely contested as this, that can make the difference. However, I have to say that at his high level of performance, one should not be surprised to find that one can be in front in one race and then behind in the next one. But we have learned to our cost in Bahrain that races are not won on Saturday and I think tomorrow’s Grand Prix will be very closely contested and we expect to be in the fight right to the very end.”